Following is a press release issused by VivaVertical.com on their upcoming Pole Dancing competition where I will perform. ehem ehem. If you can’t see the following video, you can check it out on youtube

1 June 2009, Kuala Lumpur, Malaysia:
Local Malaysian celebrities Kevin Zahri and Fiona?Jane Gomez have recently been undergoing Pole Dancing Fitness training sessions with Viva Vertical, who are successfully supervising their transformation into true Pole Stars.
The training is in aid of raising funds for their chosen charities: WWF and WAO by showcasing their new found talent at the Viva Vertical Pole Stars Grand Finals. Fans and audiences will be treated to an unforgettable show and encouraged to show their appreciation by way of donations.

…pole dancing is definitely a great total body workout that requires strength, balance, coordination and yeah lots and lots of imagination and guts…

“Pole dancing always has a soft spot among men. For us, well its a spectator sport haha so when Lola from Viva Vertical approached me to try it out, I gotta say that I was rather hesitant. Being that good sport that I am, I gave it a swing and wow pole dancing is definitely a great total body workout that requires strength, balance, coordination and yeah lots and lots of imagination and guts. Where women find it sensual, men (like me) can attempt a variety of challenging power/strength positions. I would like to personally thank Lola and Viva Verital for not only introducing me to pole dancing but for doing an awesome job of promoting it as a fitness/sport in Malaysia.” ? Kevin Zahri

Pole Dancing is a fitness and dance phenomenon. It is a form of dance gymnastics that takes endurance and coordination as well as graceful sensuality, involving movements with a vertical pole, feats of strength, with the polish of a performer.
“Pole dancing is a great way for women to build their confidence, stay ft and to work muscles in their body that they probably never knew they had. Viva Vertical was the first to introduce Pole Dancing to Malaysian women with a big bang while educating them that its not just a sexy dance” – Fiona?Jane Gomez
More recently acrobatic pole dancing (Chinese poles) is gaining popularity and Viva Vertical is proud to be the only troupe in Asia to fuse the elegance of pole dancing with the enchantment of aerial acrobatics. Internationally renowned Viva Vertical Pole Leaders troupe will be performing alongside Kevin Zahri and Fiona?Jane Gomez at the Grand Finals.
For more information on how to support by attending Viva Vertical POLE STARS Grand Finals in the exclusive and upcoming Saigon Bar(One Bagsar, No 63D?G, Jalan Ara, Bangsar Baru, 59100 KL) on 6th June 2009, 8pm, visit http://www.vivavertical.com. 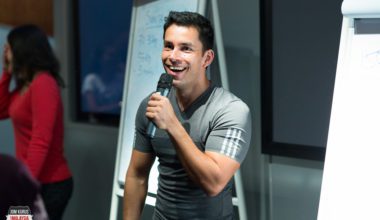