Suze Orman on Health, Wealth, and Happiness (with Jillian Michaels)

Interview with Suze Orman by Jillian Michaels. The economic downturn inspired Orman’s new book, ‘The Money Class,’ in which she looks at personal finance in a whole new light.
0
Shares
0
0
0
0

I recently came across an interesting read on Everyday Health.

The article features Jillian Michaels (Biggest Loser) and personal finance superstar Suze Orman for an exclusive, candid chat about her life’s ups and downs, her achievements, and her new book, ‘The Money Class.’

Following is part of the interview. Click here for the entire interview.

Suze Orman has been called many things: an uber brand, a pop culture icon, a New York Times best-selling author, an Emmy award winner, one of Forbes magazine’s most powerful women in America, one of Time magazine’s most influential people in the world, Oprah’s money guru, America’s money lady, and the list goes on. For me personally, she embodies all those things, but most importantly I am proud to call her a trusted friend and mentor.

It’s for this reason that as I assumed my new role as “inspiration editor” for EverydayHealth.com, Suze was my first call. Every month I’ll be doing interviews with some of the most … well … inspiring people in the world, and I knew that Suze would provide me with brilliant information while still being patient and tolerant enough to be my very first “celebrity” interview.

And so we begin on a Friday evening. She’s just flown back to her home in Florida after wrapping up an exhilarating speaking engagement where she brought more than 600 inner-city teens to their feet in uproarious applause. This is the tail end of her book tour for her latest best seller, The Money Class. I presumed she’d be exhausted due to her breakneck schedule, but I was wrong!

In typical Suze fashion it begins with a smack-down. “Jillian, as your mentor I need to stress that whenever you are doing an interview and you are recording somebody you should get them on tape giving you permission to record.” So without hesitation I ask, “Suze, do I have your permission to record?” “You most certainly do. Okay, go on, sweetheart,” she replies. And now we are off to the races.

A little history lesson: I remember watching TV late one night and coming across one of Suze’s PBS specials. This is when she hooked me. She told a compelling tale about how she went from rags to riches that left me feeling like I myself could conquer the world. So in case you missed it, this is where we begin…

Jillian Michaels: We have come to accept you as America’s money guru, but that wasn’t always the case. With so many feeling lost in life, can you share with us the path that led you to your true calling?

Suze Orman: That question can be answered in so many ways. But here is the story I think you are after. I went to the University of Illinois from 1969-1973, and after four years I decided I was going to strike out and see the world. I borrowed $1,500 from my brother Bobby and bought a used Ford Econoline van. I drove out to Berkeley, Calif., where I lived in that van on the streets for about four months. I didn’t have enough money to pay for the first and last months’ rent for an apartment until I landed my dream job as a waitress at the Buttercup Bakery. I worked there from the age of 23 to 30. So for seven years I worked for $400 a month as a waitress until I got this brainstorm that I could open my own restaurant.

I asked my parents for $20,000 and they didn’t have that kind of money to give to me. I went to work the next day and Fred Hasbrook, one of the people I had waited on for seven years, came into the bakery and asked me, “What’s wrong, Sunshine? You don’t look happy.” I told him the story. To make a long story short, all the people that I had been waiting on for all those years rallied together and gave me $50,000 to open up my own restaurant. I didn’t know what to do with that money and they told me to go down and put it in a money market account with Merrill Lynch and let it sit there until I learned what to do to open up a restaurant.

Again to make a long story short the broker who took that money ended up trading it in one of the most speculative strategies around — the options market — and within three months lost all $50,000. I didn’t know what to do so I thought, well, I can be a broker, they just make you a broker. So I went and I interviewed for a job at Merrill Lynch because I knew that I would never be able to pay back that $50,000 making $400 a month. They didn’t have any women working for Merrill Lynch in the Oakland office at that time as stockbrokers, so when I ended up in the manager’s office, this is what he said to me “Suze, women belong barefoot and pregnant. I will hire you, but you will be out of here in six months.” So I asked him how much he was going to pay me to make me pregnant. When he said $1,500 a month, I said, I’ll take it — and before you knew it I was learning how to be a stockbroker. To this day I think they hired me to fill their women’s quota, but regardless I was on my way.

As I was studying to be a stockbroker I read what was known as the “you’re your customer rule,” which essentially stated that you could not risk a client’s money if they could not afford to lose it. So in essence, what Randy, the stockbroker who lost all my money, did was illegal, because I couldn’t afford to lose that money, so he shouldn’t have risked it. When I told the manager that I thought Randy was a crook, he said, “That crook makes us a lot of money, so go and sit down and say nothing. Just keep studying, Suze.”

At that point I thought, well, he told me he was going to fire me in six months anyway and at this point I was four months into it, so I decided that while I may still be relatively young and have time to pay back the money, what if this had happened to my mother or my grandmother? I did the only thing I knew to do. It would be easy to sit there and say nothing, but it would not have been right. So I ended up suing Merrill Lynch while I worked for them. Here is the great part: Because I sued them they could not fire me — who knew? By the time the case was to go to court I was their No. 6-producing broker in the Oakland office, and right around that time a new manager came in, looked at the case, settled out of court, and gave me back the $50,000 plus interest. I was able to pay everybody else back, and that is how I got my start in the business of investing.

NNews & Events
Published in MalayMail AS more Malaysians are now starting to grow ‘sideways’, the challenge is to find the… 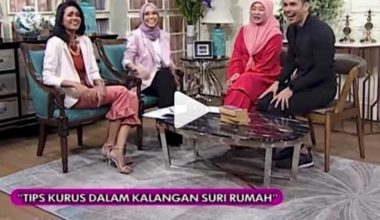