The following exercises are the 10 best abs exercises for beginners because they’re not too difficult but still get results.
0
Shares
0
0
0
0

It’s no secret that your abs are a key area of the body to focus on when it comes to fitness. You need a strong core if you want to perform at your best in sports, or just look good in a swimsuit. The following exercises are perfect for beginners because they’re not too difficult but still get results. So if you’re new to working out and want some great ab exercises to start with, read on!

This exercise is a great way to tone your midsection, while also working your upper back and shoulders.

To do this exercise:

To perform a side plank dip, you’ll need to set yourself up in a standard side plank position. You can start by lying on your side with the arm furthest from the floor straight out in front of you and the other hand placed underneath your shoulder. Make sure that both legs are extended and together, forming one long line from head to toe. Then lift yourself up onto your elbow and toes while keeping your core tight and back straight—don’t let it sag down toward the floor! This is your starting position for this exercise.

Now that you’re ready to proceed, slowly lower yourself down toward the ground until only two points of contact remain one foot resting on top of the other leg’s knee (with calves touching), plus elbows bent beneath shoulders (as opposed to being straight out).

While holding this plank form for as long as possible before returning back up into position again, try not to let either elbow or knee touch down—this will help keep those muscles engaged throughout each rep instead of allowing them rest at any point during their workout routine (which would make them much less effective). This also means that beginners should start off using just one foot instead of both so they don’t risk placing too much pressure on their arms while trying not to fall over sideways!

Kneel on the ball and roll it out in front of you. Lean forward, resting your forearms on the floor. Keep your core tight, inhale through your nose, and exhale through your mouth as you lift one knee toward your chest. Repeat 10 times with each leg before switching sides.

Start in an elevated plank position with one hand on the floor and your feet together. Lift both legs off of the ground, hold for a moment, then slowly lower them back down. Repeat for 30 seconds with no breaks between sets. If you want more of a challenge, try doing single-legged variations as well as two-legged ones (one leg at a time).

In a Wonder Woman Push-Up, you’ll do everything the normal push-up does, except you’ll be pushing with one arm and pulling with the other. Your arms should be straight out in front of you and parallel to the ground at all times. Keep your core tight throughout this exercise, as well as your glutes—you don’t want anything to be weak! If it helps, imagine there’s a rope between your hands that needs to stay taut while performing this movement.

When doing these, keep in mind that there are three major muscle groups being worked: pectorals (chest), triceps (back of arms) and anterior deltoids (front of shoulders).

The kneeling cable crunch is a great exercise for beginners, as it allows you to contract the abdominal muscles while lying down. This makes it easier on the back and joints.

To perform this exercise, set up a bench near a cable machine and attach an ankle strap to each side of the cable. Lie back on your elbows with feet at hip width apart, knees bent and core tight. Keep your head aligned with spine throughout this movement. Bring one knee in towards chest (as shown) then return to start position before doing other side. Repeat for specified reps then switch sides using opposite leg – ie: if you brought left knee in first then do right leg next time round etc..

Plank Jacks is a great exercise for beginners to get started with. It’s a challenging core exercise that will help you strengthen your core muscles, particularly your lower back muscles (the erector spinae), which are often neglected during other types of ab exercises.

It can be performed using only body weight (no equipment required), or you can use dumbbells for added resistance. Another variation is to hold a medicine ball between your hands instead of having them on the ground in front of you.

This exercise works best when done on an even surface like carpeting or wood flooring so that the movement is smooth rather than choppy as it would be if done repeatedly over bumpy terrain such as grass or dirt paths outside in nature!

If you’re just starting out on your fitness journey, don’t worry! You don’t have to be an Olympian or a professional athlete to get a great workout in. These exercises are perfect for beginners because they are simple and easy to do at home or while travelling. They give you all the benefits of exercise without requiring any equipment other than yourself (and maybe some weights if needed). 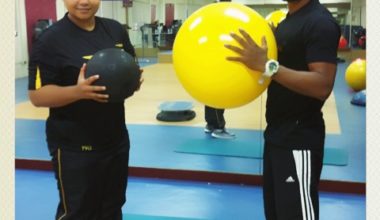 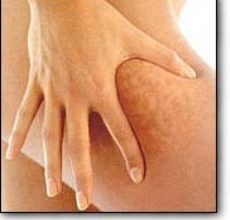