“My Team” and Malaysian Sports?

I was watching “My Team” on TV3 last night. It another reality show to select a team of footballers from all over Malaysia to play against the Malaysian national side. The show is actually pretty entertaining but that’s not what I wanted to talk about…more about the state of our sports and athletics in good ol Malaysia. There’s no doubt that we have the passion and “niat” to be a successful sporting nation but I don’t see Malaysia producing a vast number of world-class athletes anytime soon.

Nuttin much to do with the athletes (as they definitely have the potential and talent) but it’s the development of the Malaysian sport system (and our culture) that is something that can be vastly improved. 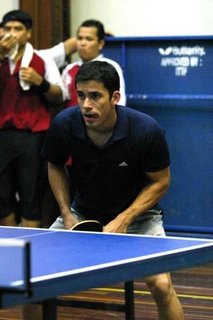 My sports experience in Germany (til 1991)

I grew up in Germany and played competitive table tennis from as early as standard one. Competitive here means throughout the year and not just once a year (like we do here for the MSSM) games.

This has very little to do with ability as (in Germany) there are leagues for every player’s ability to play in. If I remember correctly, for kids under the age of 12, there are about 4-6 different leagues. As you compete and train (with qualified coaches) you make your way up the ladder and develop (what I think is most important), a competitive mindset!

In Malaysia, lots of kids can play with amazing confidence and skill during warm-up and practice game starts, but once the whistle blows, semua hilang…no confidence nor “arrogance” that is much needed when it comes to being competitive.

It’s pretty much the same for every sport you play in Germany, not just table tennis or football and it only costs about RM20/yr!!

My sports experience in Malaysia (from 1991)

Coming to Malaysia in 1991, I was 12, and didn’t find it too difficult to represent my school and won the under 15 KL competition category for non-Chinese (not that I chose to be in that category)

But the problems I immediately encountered were:

My skills never really developed as I had no regular practice or trainer. Teachers were given forced roles to oversee our table tennis club with very little know-how and interest. We were pretty left alone when it came to training or structuring our progress.

Culturally Malaysian is too nice, humble, and friendly.

We tend to lack the cockiness and arrogance of say people like Muhammad Ali or Michael Schumacher. In sports confidence is everything. And obviously, our physical shortcomings don’t help but it’s not an excuse…Koreans & Japanese are doing just fine. 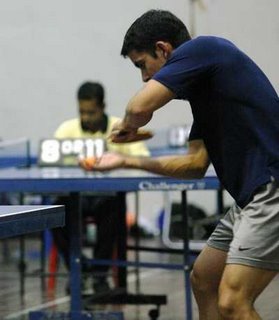 Malaysia needs to start developing athletes from a young age with a proper structure and ecosystem that cultivates competitive sports throughout the year.

Try and learn from countries like Germany (they have a system that is not school-based but district driven that works tremendously well and is economically viable (saves money).

Yes, you may say that Germany no longer produces world champions BUT you can’t deny that have world class athletes in just about every sport, including badminton.

I do actually have a proposal/idea for the Malaysian government that I’ll propose someday (or as soon as I get my chance). Malaysian athletes have tremendous potential but need a system that harnesses that skill.

Read More
PPersonal
Having gone through 27+ plus year of my life, my perspectives on lots of things have changed. Parenthood…
PPersonal
It’s been a while since I posted something personal. Well this does not get anymore personal than this.…