After awesome reviews for the movie in the US (The Departed) and a stellar cast, I was dying to see a good guy movie with lots of trash talking, attitude, violence and maybe some sex hahahaha well not in Malaysia!

Ok lah, I went to TGV KLCC planning to watch “The Covenant” but the guy at the booth said he had 2 more tickets (uncollected) for the Departed. Of couse I took em lah.

How was the movie! A definite must watch but you can read more about the movie on the www. What I wanna bi*ch about is the Malaysian censorship and why the hell the movie got a (U) rating here??!?! It got R (similar to 18+) rating in the US! FYI, MPAA Rating (R): strong brutal violence, pervasive language, some strong sexual content and drug material.

And it should be rated R/18+! Just like any mature mob flick there’s loads of violence and profanity! Without it it wouldn’t be a joke….. when I was watching there are cuts & edits every minute just coz the guys were cursing and trash talking…..its so so so so so fu**ing annoying lah seriously. The movie has so much violence that there’s no way it should be rated (U).

Come on lah Malaysian censorship board…..if that movie doesn’t deserve a good 18 rating, I don’t know what does lah. By editing every lil F word (there must’ve been 50-100 in the movie) you took away all the fun and now I have to buy the pirate DVD once its out but hey don’t blame me…blame the people who couldn’t give the movie a proper rating! I’m sure 18+ yrs olds can deal with a “lil” foul language, trash talking and murder kan kan kan?

If you wanna watch the movie wait for a decent DVD. Don’t go to the movies as it’ll take away all the fun! Trust me!

Getting Rid of Chest Fat 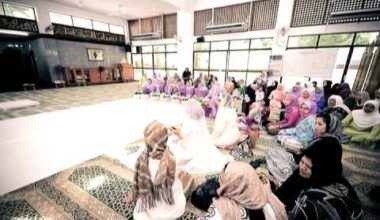 Read More
PPersonal
This post is about three weeks overdue but as most of you know, my wife and I were…
PPersonal
Hey everyone. Hope that you all are enjoying your hari raya open houses and hey, deepavalli is just…